Issues to watch for and tips to maintain your I-94

Here are some of the most common issues and related tips. 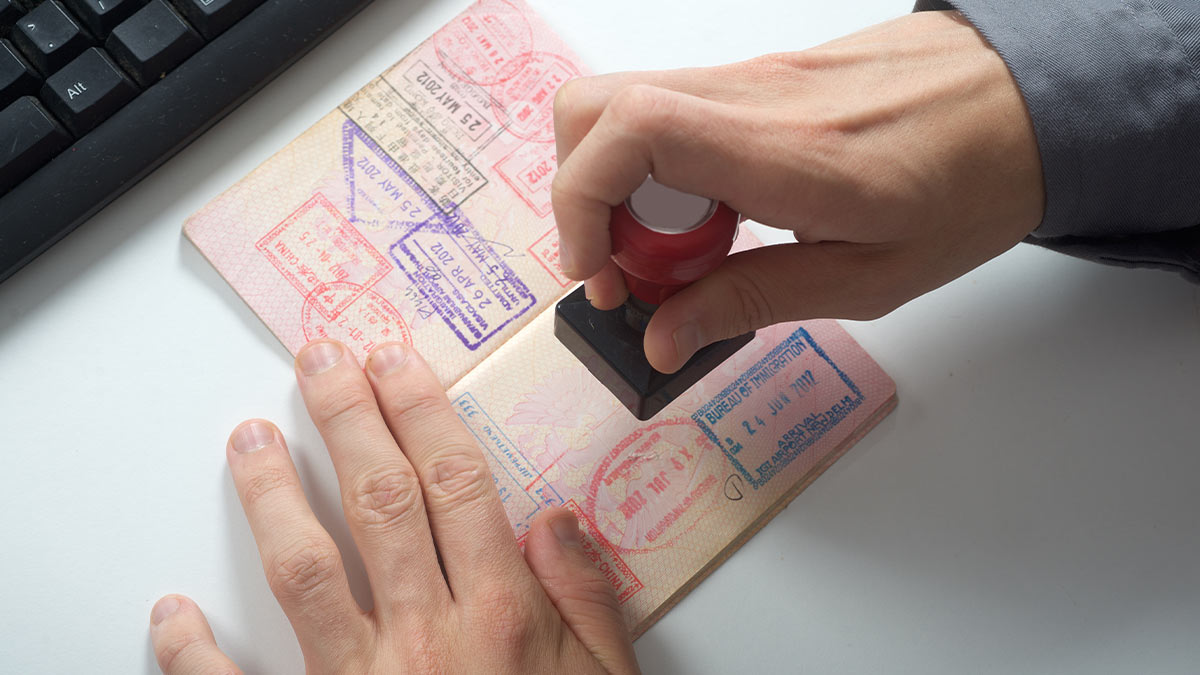 Green card holders who file to renew their expiring or expired card will now have a 24-month grace period thanks to an extension approved by the US Citizenship and Immigration…
Read More
August 19, 2022 in News

An IT glitch between the United States’ Global Entry program and the Brazilian government that had prevented applicants from completing their applications has been resolved. The New York Field Office…
Read More
March 18, 2022 in News

On November 12, 2021, USCIS clarified that E and L spouses are employment authorized automatically as a result of having valid dependent E or L nonimmigrant status. This does not…
Read More
July 19, 2021 in News

NIE Validity Extended to One Year

Presidential Proclamation 10052 banning the issuance of L-1, H-1B, H-2B and certain J-1 visas expired on March 31st and will not be renewed. Applicants applying for these visas for the…
Read More
March 3, 2021 in News

Presidential Proclamation (P.P.) 10014, entitled “Suspension of Entry of Immigrants Who Present a Risk to the United States Labor Market During the Economic Recovery Following the 2019 Novel Coronavirus Outbreak,”…
Read More
January 21, 2021 in News

Effective January 26, 2021, the CDC will require all air passengers traveling to the US from a foreign country to get tested for COVID-19 no more than 3 days before…
Read More
June 23, 2020 in News

Summary of the Presidential Proclamation Suspending Entry of Immigrants and Nonimmigrants

Effectively immediately, no new H-1B, J, or L-1 visas will be issued outside the U.S. until the end of this year. This includes derivative visas for spouses and children such…
Read More
May 28, 2020 in News

USCIS announced that it is preparing some domestic offices to reopen and resume non-emergency public services on or after June 4. While certain offices are temporarily closed, USCIS continues to…
Read More
May 28, 2020 in News

On May 24th, President Trump added Brazil to the list of countries that would be impacted by the temporary travel ban due to COVID-19. The Presidential Proclamation restricts and suspends…
Read More
April 24, 2020 in News

On April 22, 2020, President Trump issued a proclamation suspending the entry of any individual seeking to enter the United States as an immigrant who: Is outside the United States…
Read More
April 6, 2020 in News

U.S. Citizenship and Immigration Services (USCIS): As of March 18, 2020, USCIS temporarily suspended routine in-person services until May 3. USCIS continues to be operational as staff perform duties that…
Read More
March 30, 2020 in News

USCIS announced today that it will reuse biometrics for employment authorization applications for applicants who had an appointment scheduled with an ASC on or after March 18 or who filed…
Read More
March 18, 2020 in News

PRESIDENTIAL PROCLAMATION PROHIBITING TRAVEL FROM SCHENGEN AREA DUE TO COVID-19

On March 11, 2020, the World Health Organization classified the COVID-19 outbreak as a pandemic and President Trump signed a proclamation restricting travel to the United States from foreign nationals…
Read More
January 31, 2020 in News

On January 27, 2020, the U.S. Supreme Court ruled that the Department of Homeland Security may implement their new rule relating to the “public charge” ground of inadmissibility. DHS will…
Read More
January 24, 2020 in News

Effective January 24, 2020, foreign nationals who apply for a B-1 or B-2 non-immigrant visitor visa to enter the U.S. with the primary purpose of obtaining U.S. citizenship for a…
Read More
December 16, 2019 in News

Today, U.S. Citizenship and Immigration Services expanded its policy guidance regarding unlawful acts that may prevent an applicant from meeting the good moral character (GMC) requirement for naturalization. The commission…
Read More
December 16, 2019 in News

A federal judge stopped the State Department from suspending legal immigrants' entry to the U.S. if they can't pay their own way through our nation's health care system.
Read More
November 26, 2019 in News

Trump Says There’s a “Crisis” at the Border. Here’s What the Data Says (PBS.org)

President Donald Trump’s argument for building a border wall has boiled down to one word: crisis.
Read More
August 20, 2019 in News

The Trump administration has said the immigration overhaul it announced this week will ensure that new legal residents carry their own weight, without prejudice or favor. Yet the new rule…
Read More
August 15, 2019 in News

On August 14, 2019, the U.S. Department of Homeland Security published a final rule governing public charge grounds of inadmissibility. Unless litigation stops the rule from going into effect, it…
Read More
August 10, 2019 in News

Call it progress: When President Donald Trump unveiled a plan in May to reform the U.S. immigration system, he said that the number of immigrants granted green cards each year…
Read More

This is a promotional communication from Sonia Col & Associates, P.C. and should not be construed as legal advice or a legal opinion on any specific facts or circumstances. The contents are intended for general information purposes only, and you are urged to consult a lawyer concerning your own situation and any specific legal questions you may have. Any tax information or written tax advice contained herein (including any attachments) is not intended to be and cannot be used by any taxpayer for the purpose of avoiding tax penalties that may be imposed on the taxpayer.
Close Menu